Erwin aims to be an elite program (Video extra: Coaches go head to head)
Houston Oilers coach Bum Phillips invoked the message of the 'Three Little Pigs' fable when he...- 9:51 pm
Falcons extend streak with five-set thriller
Falcons extend streak with five-set thriller- 9:51 pm
MAC soccer leaders square off
Reynolds soccer coach Patrick Gladys would like to believe he is ready for anything tonight at...- 9:45 pm
LATEST HEADLINES
LATEST HEADLINES
Guide: Not all kids need ear tubes to relieve fluid
Not every kid should get ear tubes to relieve excessive fluid buildup in the middle-ear canal, says...- 1:36 pm
For an easy summer dinner, put fish steaks on the grill
Grillers, like fishermen, like to tell the story about the one that got away.- 10:41 am
Diners badly underestimate calories in fast-food meals
Many diners are gobbling far more calories in their fast-food meals than they realize, a recent...- 1:00 pm
LATEST HEADLINES
Fix, don't nix, state's Rural Econ Center
North Carolina needs the Rural Economic Development Center, but that center needs new direction.- 2:45 pm
ADVERTISEMENT

The 50th anniversary of the March on Washington renewed debate about the wealth and income disparity between blacks and whites.

On ABC’s Sunday talk show “This Week,” George Will sanctimoniously proclaimed that the percentage of African-American children born to unmarried women was 72 percent and “That, and not an absence of rights, is surely the biggest impediment (to income equality).” Mike Gonzalez, Heritage Foundation vice president, wrote in the Washington Post that “The out-of-wedlock birthrate among blacks is now 72 percent. That’s the real obstacle to equality.”

The Republicans have thus put themselves on the horns of a dilemma. Exactly what is their point? Are more out-of-wedlock children born to black than to white women because black women and men have inferior morals, intelligence, discipline or genes than white? Or is it the result of our government’s present and past economic and social policies? And if government caused the problem, why does it affect blacks more than whites?

Fact is, although we’ve made giant strides in improving race relations, the effects of generational leverage are still with us, and our country’s last 30 years of Republican-dominated pro-wealth, anti-labor economic policies affect blacks much more than whites.

According to the Republican propaganda manual, high-income persons are responsible for their own success and it’s morally just that they be able to keep all the money they’ve earned, no matter how they did it or how our economic system favored them. In addition, unsuccessful low- or no-income persons are responsible for their failures, and it’s morally and fiscally unsound for government to reward them for their bad behaviors by giving them a helping hand in achieving a decent living standard.

To support these positions they cite examples of individuals who rose from poverty and became wealthy, and others who inherited large sums of money and lost it all because of drugs, alcoholism or unusually poor behaviors. Government policies, however, must be based on reality and not exceptions to reality. Sure, some who inherit a terrible beginning became quite successful, but they are exceptional, or they had crucial role models or mentors, or they simply found themselves in the right place at the right time.

Let’s face it. Most of those who inherit an excellent education, financial backing, real estate, and large sums of spending money are far more likely to be “successful” and enjoy good living standards. Those who inherit millions, or billions will have lives of luxury even if they behave badly and have a negative effect on society. Incidentally, the heirs of Sam Walton are worth $115.7 billion.

It’s been said that the best way to educate a student is to have educated his grandfather. If your grandfather went to Harvard, your father had a good chance to have gone there, and you are likely going to go there or to another prestigious school. On the other hand, if it was illegal to teach your great-grandfather how to read, there’s a good chance your grandfather went to a segregated school, your father to a poorly funded integrated public school –– and you just might become a high school dropout and drug dealer.

The job wasn’t finished, but we were creating a vibrant economy for all classes of Americans when we had:

• government programs that addressed societal problems that didn’t lend themselves to private sector solutions, like minority discrimination and income disparity,

• progressive taxes for both income and inheritance,

• government protections of working class jobs from competition from nations where workers could be ruthlessly exploited (tariffs), and

• legislators, judicial appointees and government executives who fought for an economy that benefited all classes of citizens.

Unfortunately, pro-wealth, anti-labor politicians in our federal and state governments have been reversing these policies for the past 30 years. It’s time for a change in government. Clues for whom to vote for in the next election can be found in the bulleted points above.

Chuck Kelly lives in Burnsville and is author of “The Destructive Achiever; power and ethics in the American corporation,” and “Farewell Fantasyland; time for political and economic reality.” He can be reached at kellycm2@bellsouth.net

What Americans Really Think of ObamacareLive Like the Rest of Us 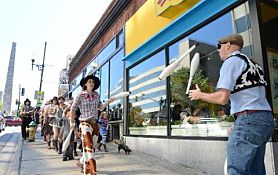 The 50th anniversary of the March on Washington renewed debate about the wealth and income disparity between blacks and whites. 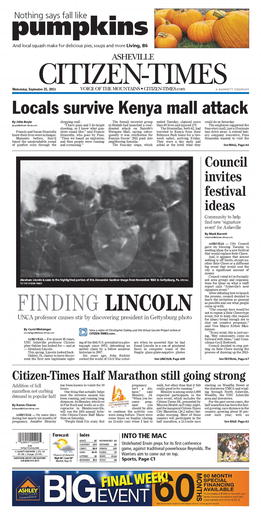 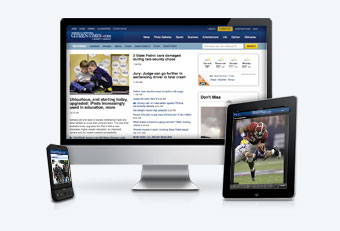