Trump has identified our most important problems

Trump has identified our most important problems 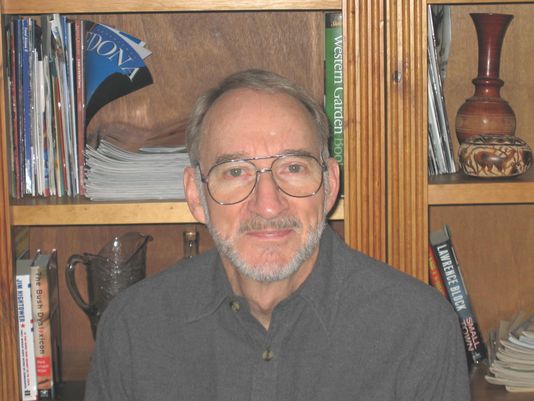 Critics of Donald Trump ignore the main reason for his success. He clearly points out what most voters already know — but politicians in both major political parties have been denying — and they love him for it. Unregulated free market globalization and immigration have been a boon for those like him who buy influence from politicians, and a disaster for those who work for a living.

Both Republicans and Democrats have been at fault. Conservative economic Republicans have always supported free market globalization because it allows corporations to pit nations against each other in offering lower taxes, less or no worker protections, lower wages, fewer environmental regulations, and bigger monetary incentives. Result: increased corporate profits and lower wages.

Liberal Democrats have traditionally opposed unregulated free market trade that allows corporations to pit workers against each other. However, many middle- and upper-income liberals forgot how we got out of the Great Depression, and have become much more conservative. In 1947 Liberal Democrats opposed the Taft-Hartley Act because it allowed corporations to pit states against each other by allowing them to pass “right-to-work” legislation that kept unions out.

However, Republicans were able to con enough Democrats into believing that everyone would benefit from the lower wages, lower consumer prices and higher corporate profits that anti-union policies would bring about (among other anti-worker policies, too detailed to describe here), and these conservative Democrats, along with the unified Republicans, got it passed over President Truman’s veto.

The increasing conservatism of the U.S. reached a watershed level when President Clinton, with conservative Democrat and Republican support, passed NAFTA in 1993. Sure enough, the prediction of H. Ross Perot in a 1992 presidential debate became true: “There will be a giant sucking sound going south...when [Mexico’s] jobs come up from a dollar an hour to six dollars an hour, and ours go down to six dollars an hour, and then it’s leveled again. But in the meantime, you’ve wrecked the country with these kinds of deals.”

Today, Republicans generally refuse to acknowledge the disastrous effects of unregulated free market trade on working-class Americans. Democrats refuse to admit that Clinton and conservative Democrats made a gigantic mistake when they joined a unified Republican Party to pass NAFTA. Economic conservatives in both parties, (including usually-liberal Obama) now want to expand globalization via the Trans Pacific Partnership, which gives corporations still more power to control the world’s so-called “free markets” in their favor.

Although increased immigration has a much smaller effect on wages, it’s still important to those workers who suffer the consequences. Economic conservatives have supported immigration because it has a depressing effect on wages and enhances corporate profits. Social liberals have supported it because they want to aid those fleeing violence, lack of opportunities and corrupt governments.

Both have failed to appreciate the long term bad effects of stagnant wages and an increasingly unemployed and disruptive workforce. In addition, when the U.S. accepts immigrants from oppressive governments, it serves as a safety valve for them, and relieves them of the results of their own bad policies. In no way does it encourage them to correct those policies. As a result, there’s a continuous flow of new immigrants, and endless negative pressures on our own citizens who already can’t find decent paying jobs.

This doesn’t mean that all immigration is bad. If we allow it to increase, however, we must also compensate those who suffer its consequences, and make sure we’re not helping employers get away with uncivilized labor practices by hiring desperate, disadvantaged, and sometimes illegal workers.

To the relief of many voters, we finally have two candidates for president who are willing to admit to voters what they already know. America’s economic elite have been paying politicians to enact policies that keep wages low and corporate profits high. Donald Trump proclaims that he is a classic example of how the system has become corrupt, and that he is the most knowledgeable critic of it.

Bernie Sanders is the low-key and thoughtful critic who proposes actual solutions to the problem of wealth and income disparity, and has been doing it since he first became a member of Congress in 1990. It’ll be interesting to see if either will overcome their entrenched establishments and make it to the final round.