Reynolds grad Maxwell wins distinguished title
Christina Maxwell, 18 and third in her 2012 graduating class for academics, talks musical theater,...- 5:31 pm
Parkway to host tracking themed family night
Since the beginning of time man has had to use his tracking abilities and observation skills in...- 10:20 am
Asheville pet portraits, French party aid in animal rescue
Also check out Biggles the kitten and his siblings, and Lulu the mixed-breed dog, both available...- 7:13 pm
LATEST HEADLINES
Griffith a towering figure on the American landscape
What can one say about Andy Griffith? In my mind, hes an American icon as large as John Wayne,...- 3:30 pm
Urges citizens to vote in primary runoff
Please vote in the primary runoff.- 3:30 pm
A simple set of rules for pols, the chattering class
The chase is on and TV is almost un-watchable, what with all the embarrassing political ads,...- 3:31 pm
ADVERTISEMENT

Owen management had no problems with its outstanding workers. Owen had to close  like so many other manufacturers  because of low-wage foreign competition. Of course, in the 1920s, the company left higher-wage Massachusetts seeking cheaper land, labor and proximity to cotton.

Certainly no one questions the rights of a company to seek lower costs by relocating to take advantage of cheaper raw materials or to be in the center of distribution. This makes economic sense. But to what extent should government give companies the right to go where there are desperate people willing to work for low wages and under bad working conditions?

Throughout much of the past century, low-wage states benefited from the relatively free labor market that allowed manufacturers to leave high-wage states. Fortunately, we had a growing, robust economy, and the federal government set national wage and work standards that minimized interstate competition for industry. As a result, community disruptions werent severe in states that lost industry.

Today, the situation is different. Our entire nation is on the losing side because other nations are providing lower-wage workers with few or no workplace protections. The world economy is not only not robust, its a basket case. In addition, there is no world government to set minimum standards for the treatment of workers. Result: international competition in a race to the bottom for the worlds workers.

Those in right-to-work states who previously thought it was a good idea to give corporations the right to pit states against each other in offering cheaper labor now see the same ideology used against them. Since 1980 the U.S. has implemented policies that gave corporations the right to pit nations against each  and all states, right-to-work included, are suffering.

Part of the 1972 Republican platform stated: We deplore the practice of locating plants in foreign countries solely to take advantage of low wage rates in order to produce goods primarily for sale in the United States. We will take action to discourage such unfair and disruptive practices that result in the loss of American jobs. Incredibly, thats from todays premier free-market political party.

All this is not to criticize Owen for closing its financially uncompetitive factory. It is, however, an indictment of those who vote for politicians who enact national legislation that equates working-class citizens with raw materials or machines: expenses to be minimized.

Chuck Kelly is author of Farewell Fantasyland: Time for Political and Economic Reality and lives in Burnsville. He can be reached at kellycm2@bellsouth.net

Ghost Town in the Sky reopens 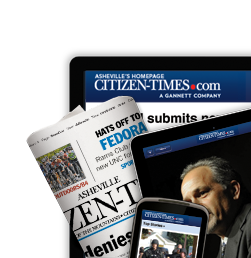